I have posted fotos from the Patricios parade in the past. Methought i did this enough, and for what ever reason, i caught fewer good shots this year; but i noticed how many huddled groups i snapped, and also people posed in lines. Well, both people grouped together, and it was not just people. 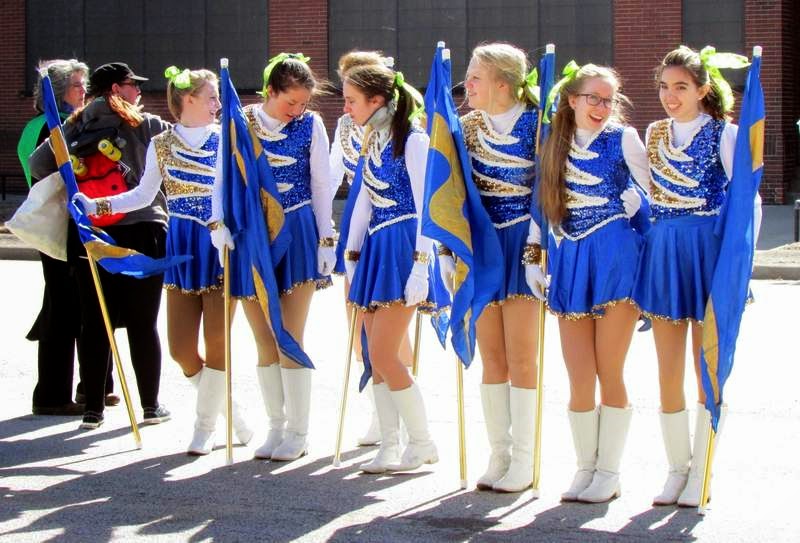 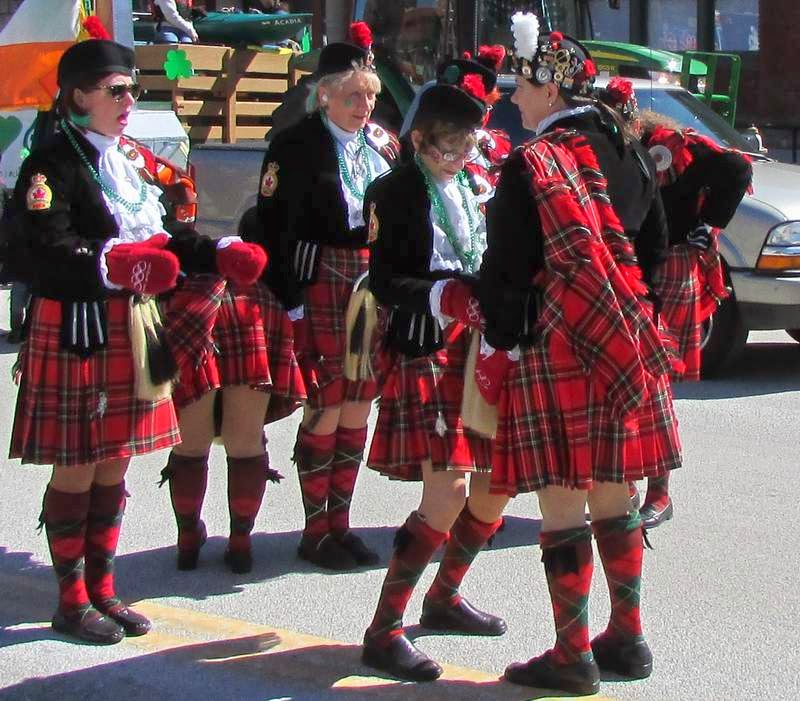 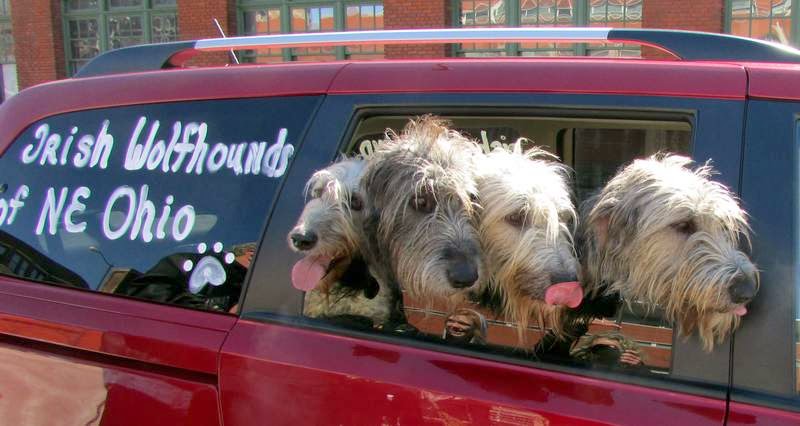 The wolfhounds assemble in and out. A few were looking out the window, two, three, four heads would poke out, and then they would constantly change position. They had names like Maeve, Fiona, Scarlet, Colin. It was fun to stand in their circle. They are extra-ordinarily pleasant with people. They want to touch people, and they liked to be touched. Standing with them is peaceful, and calming. 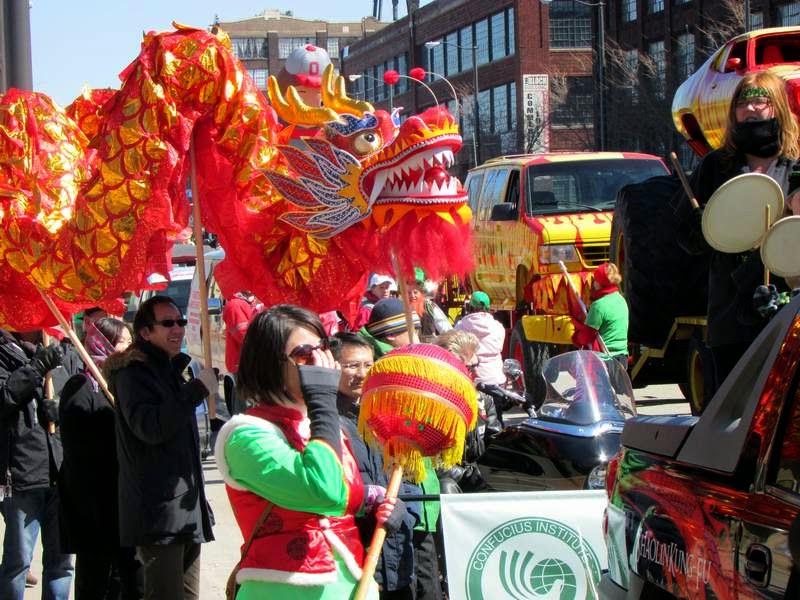 The Chinese brought a dragon, and two people dressed as pandas, later one of the pandas was playing two small cymbals. It was a colorfully balanced unit, and they were a crowd favorite.
at 10:01 PM