The only one in America, is in Cleveland Ohio. And it was done for the second time to-day. Somehow, for a couple of hours it caught one of the small windows of above freezing temperature this winter. Just off of St. Clair Avenue is Saint Vitus, a Slovene parish, in what was the oldest Slovene neighborhood in Cleveland. The formal carnival was first organised after WWII in the oldest city of Slovenia, Ptuj. Ptuj enters the history books in a.D. 69, when the Roman legions elected Vespasian as emperor. Any reason for a celebration is a good one, and these neighborhoods in Cleveland have long been battered, so this ethnic levity is good.

Carnival is the pre-Lenten season of merry making. This local one is celebrated on the Saturday before Ash Wednesday. A 'kurent' is conjectured to be a character of the pre-christian slavonic mythos. 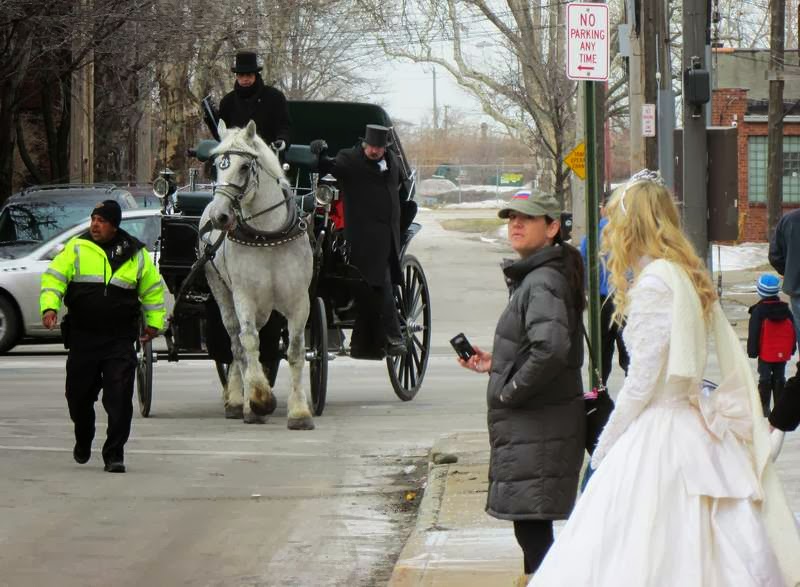 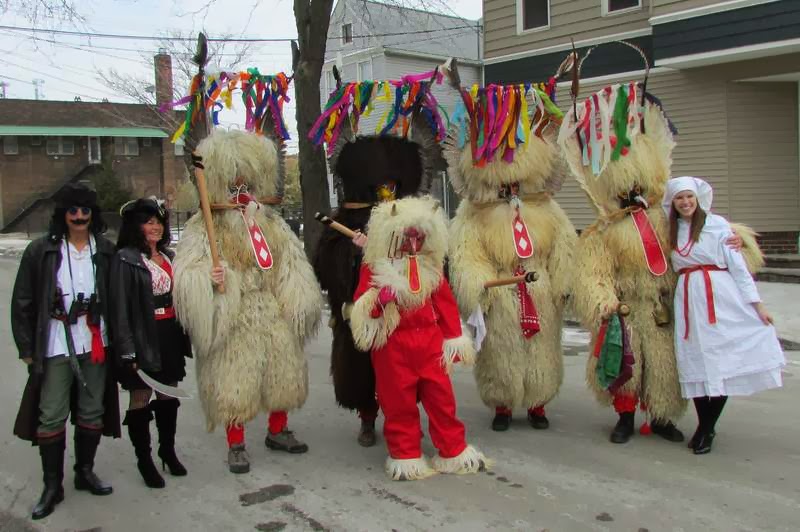 people posing with kurenti (in sheepskins) 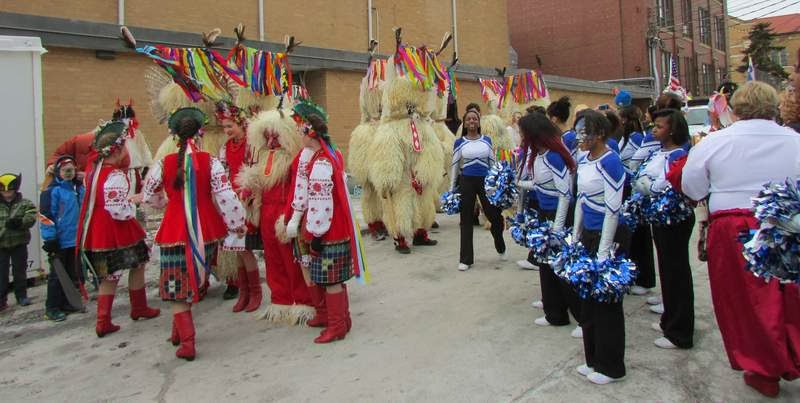 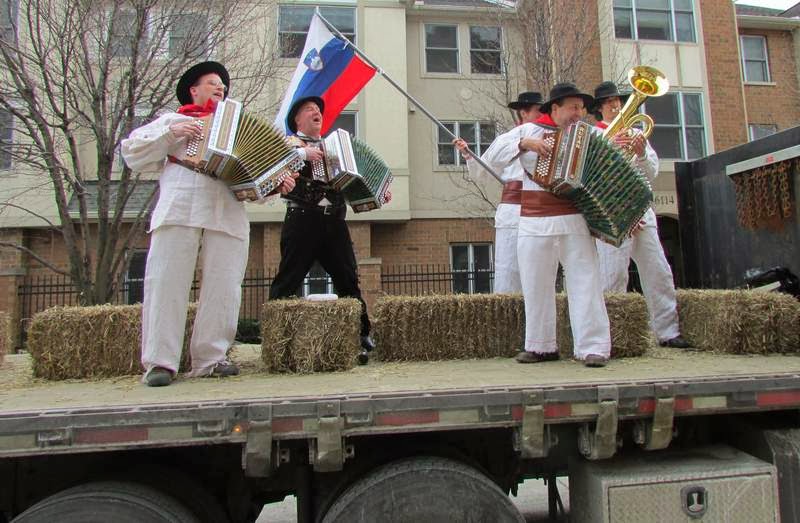 and the music is trucked in 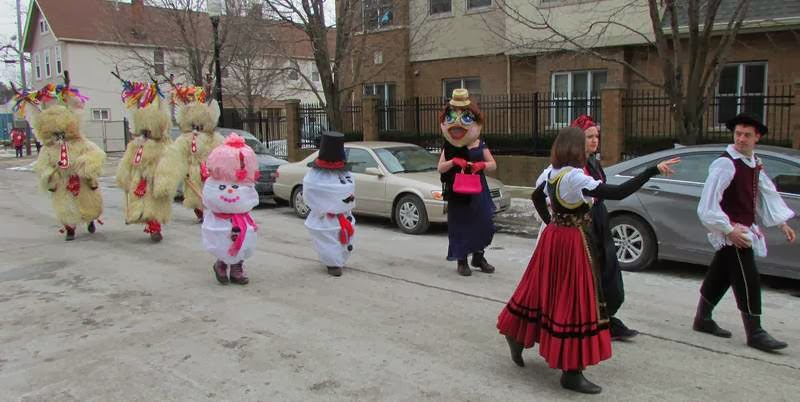 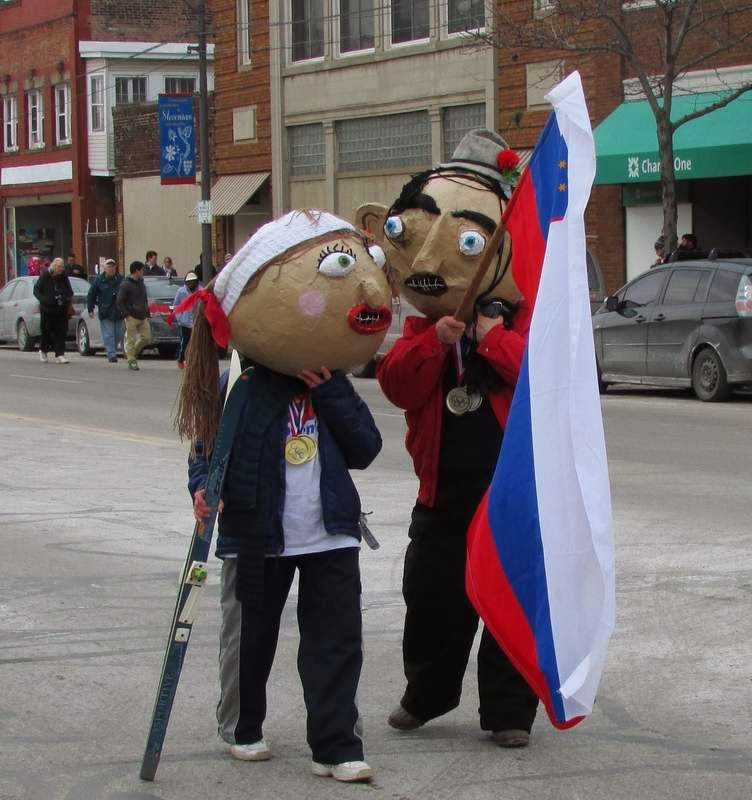 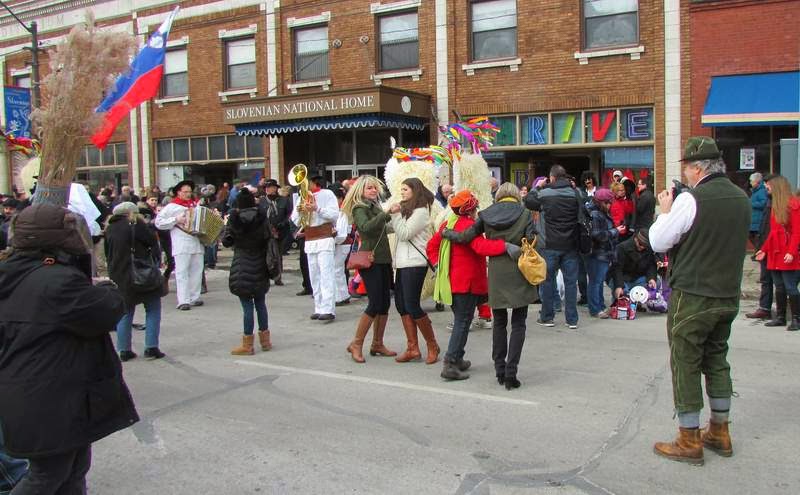 After the parade was over there were a few minutes of dancing and photos. And almost immediately, the people had to retreat to the sidewalk under police orders.
at 5:55 PM