Monday, Monday (i was listening to the Mamas and the Papas discs in the car) 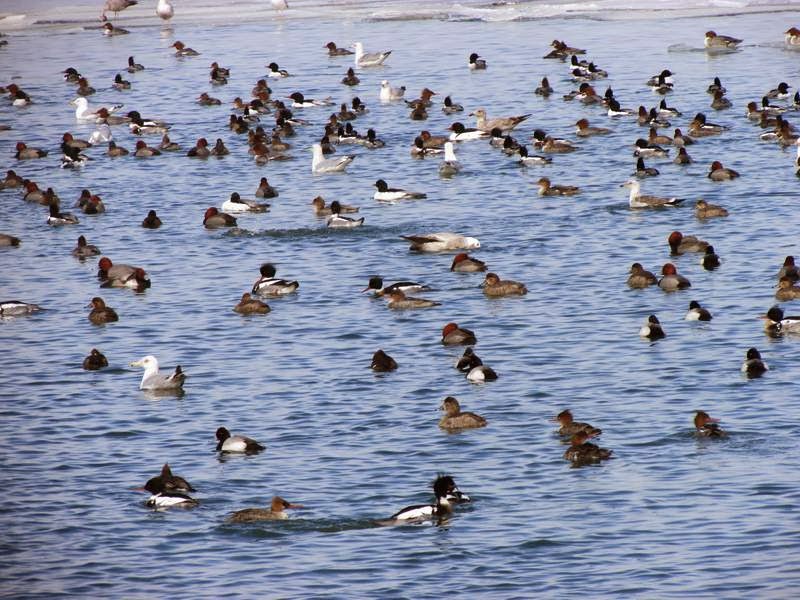 To-day we are to be hit with snow, and then arctic cold. Monday, and Tuesday were warm days. The electric just came back, after having shut it self off twice this morning. The First Energy conglomerate is not too particularly reliable, nor are they given to be honest with their customers.

Well, i went to the Cuyahoga to see the birds. The mouth dumps into Lake Erie past an abandoned Coast Guard station, and the banks there are buttressed. The first thing that transverses them is a vertical lift railroad bridge. An armada of several nations of ducks, and some others, filled those waters. Monday afternoon, the sun hit the water blue and the light falling on red feathers made them beautiful. It was such a pleasure in the viewing. 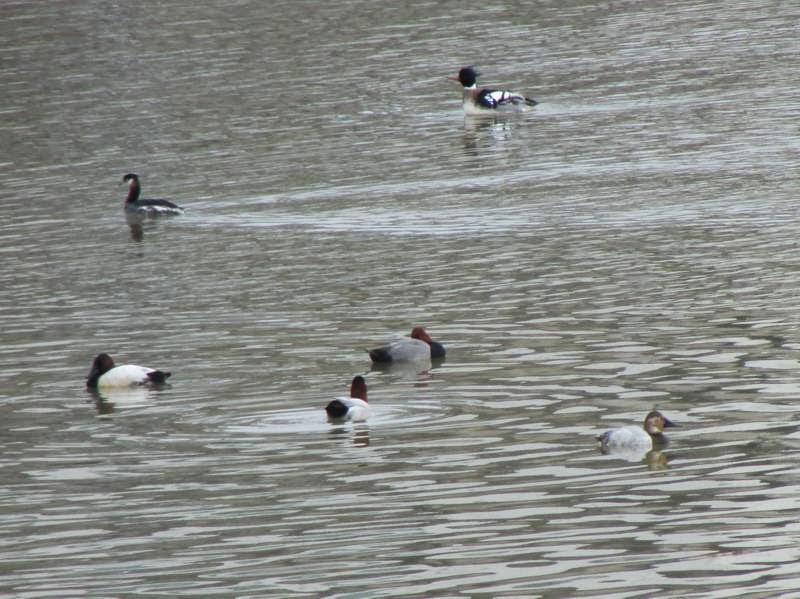 Where Scranton Road ends and it hits Carter Road, there is an abandoned lift bridge and a fire house. The Cuyahoga [which had caught on fire several times in the past, and was a reason the lakes were begun to be cleaned up after the creation of the Environmental  Protection Agency (one of the bugaboos of the fascist businessmen and Republican candidates)] is there, and on the other side is the Terminal Tower. The first picture snap of the birds yesterday has a red necked grebe, a male red breasted merganser, two ♀ and one ♀ canvasback ducks, and one ♂ redhead quacker. 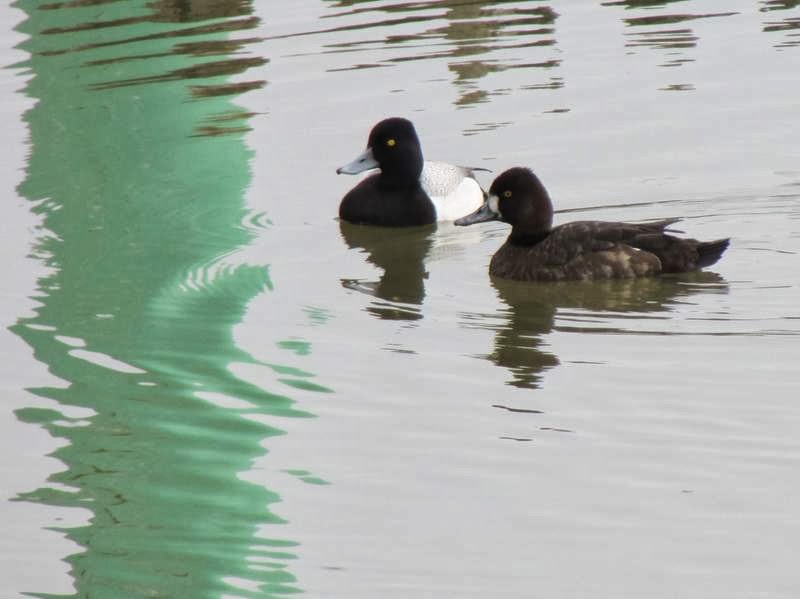 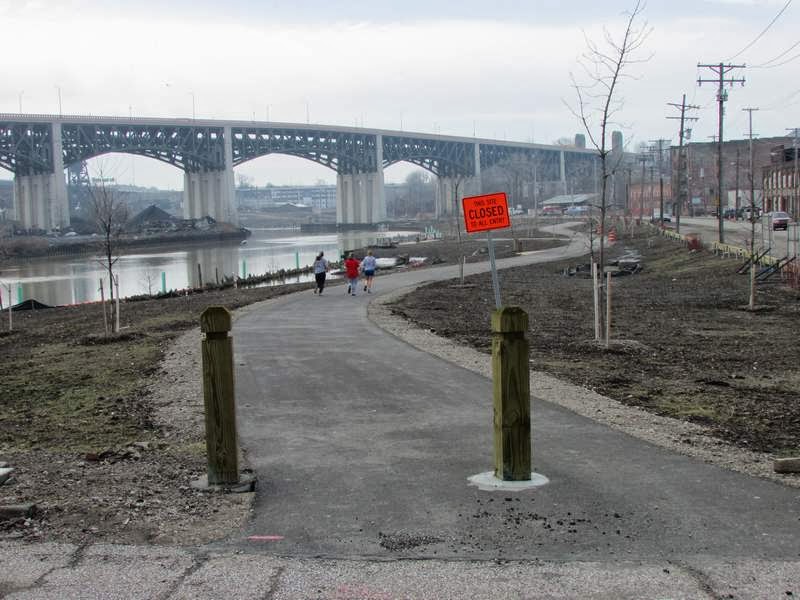 A park path is being landscaped. On a birdy page, it is referred to as Scranton Road Flats. The orange sign reads, "this site closed to all entry". The far bridge is Lorain-Carnegie, two of the sandstone sculptured pylons are visible. There is another entrance just past the bridge with a viewing pier, and the same sign. 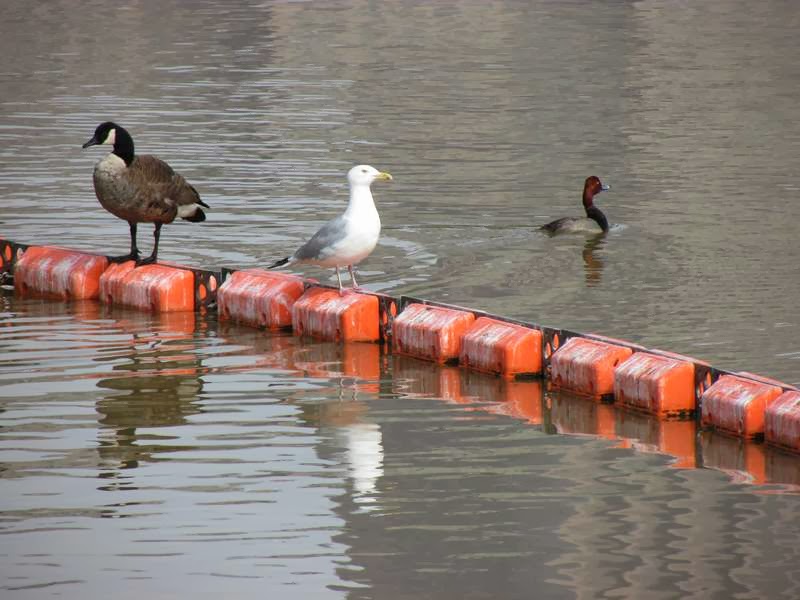 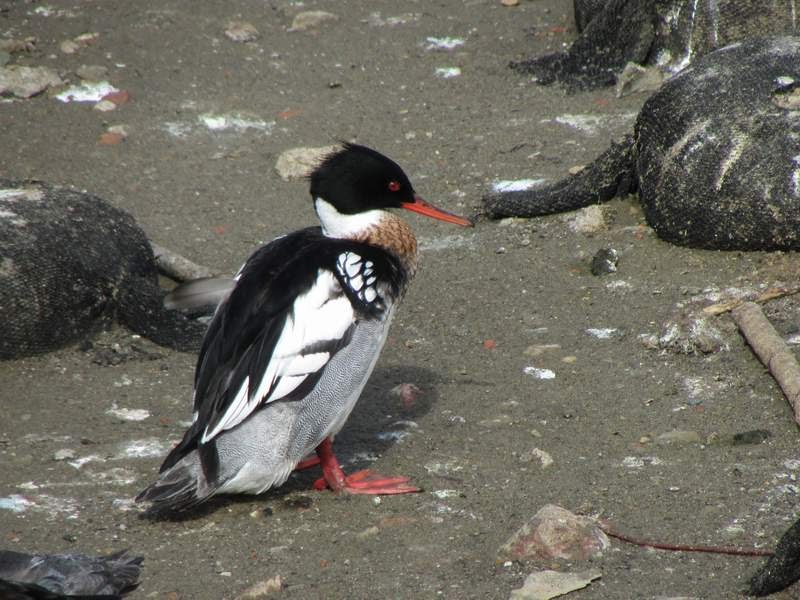 Visitor Analysis & System Spec
Host Name:hidden.firstenergycorp.com
ISP:Firstenergy
What a fast response. I wonder how long my electrical service will last?
at 12:01 PM