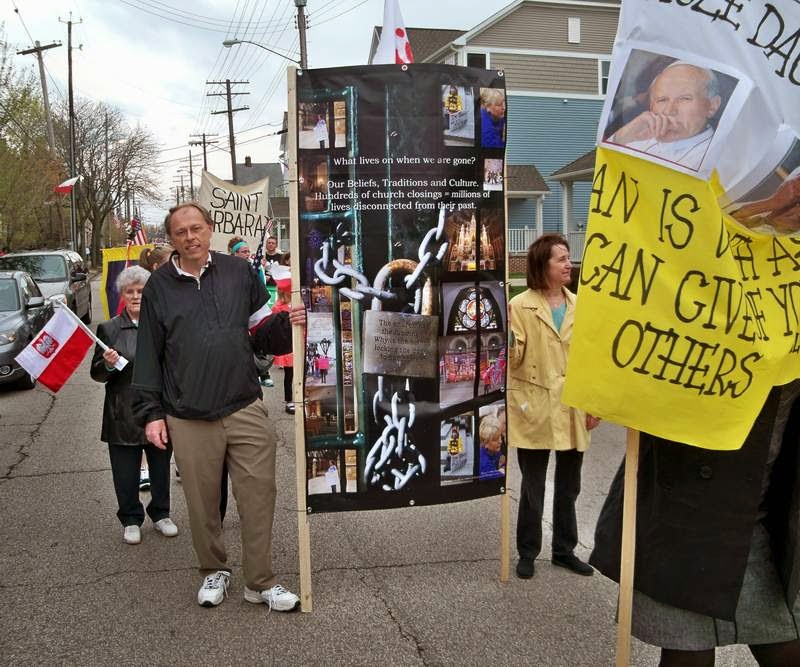 The parents of the artist marching in Cleveland's Polish Constitution Parade, 1 May 2011.

During the time the parishes that were closed, while under appeal, in Cleveland, they were not all silent. With street vigils, and participation in parades they showed the greater community they were alive. The daughter of one of the parishioners of Saint Casimir made a collage of photographs into a banner. She superimposed the text:


What lives on when we are gone?
Our Beliefs, Traditions and Culture.
Hundreds of church closings = millions of lives disconnected from their past.

One of the false criterion was (and is) the church(es) could not financially maintain themselves. This is the most easily believed falsity publicly presented. Most of these parishes had significant monies in the bank, no debt, paid all diocesan assessments, and had properties of value. And of course none of that is as important as the continuation of a parish. She placed these words on the lock:


The church has the funding...Why is the bishop locking the doors to our home? 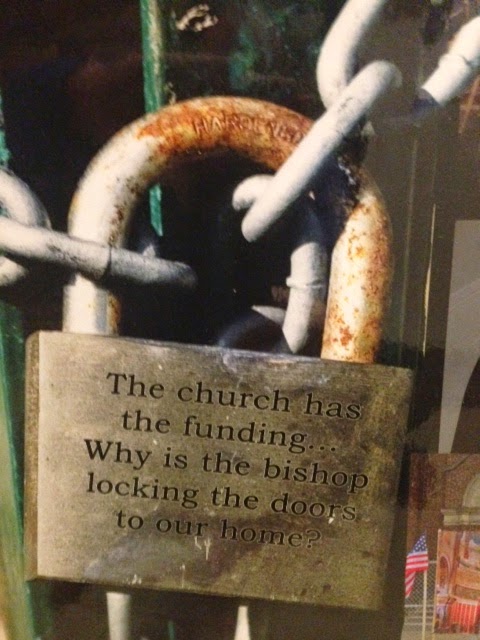 Rome decreed in strong language on documents that Saint Casimir and ten other parishes in Cleveland, Bedford, Lakewood, and Akron must be immediately be made open to the faithful. All decrees were dated 1 March 2012. Saint Casimir, and Saint John the Baptist had Homecoming Masses on 15 July 2012. The last of the eleven, Saint Emeric, after repeated prodding from within America and elsewhere celebrated their homecoming 4 November 2012.

Since then, the girl who made the poster has had her wedding at Saint Casimir. Parish life continues formally in all these parishes; but there are other parishes that are trying to survive their bishop's designs.

One reason that many of these parishes are being made to go extinct is their cultural character. American bishops have long held an animosity to nationality parishes. These are the parishes targeted again and again, here and there.
at 12:10 AM 1 comment: 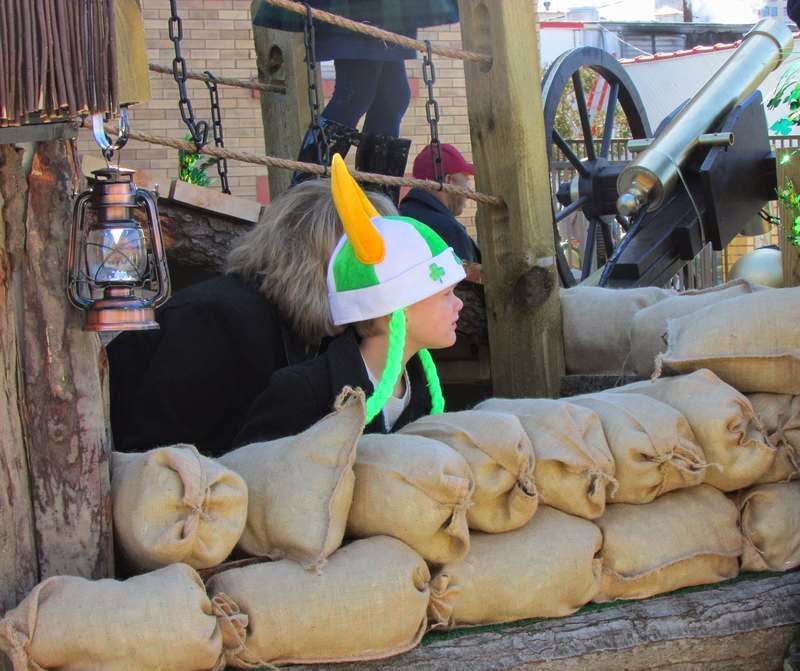 Historical re-enactment of child holding a fort during the War for the Preservation of the Union. 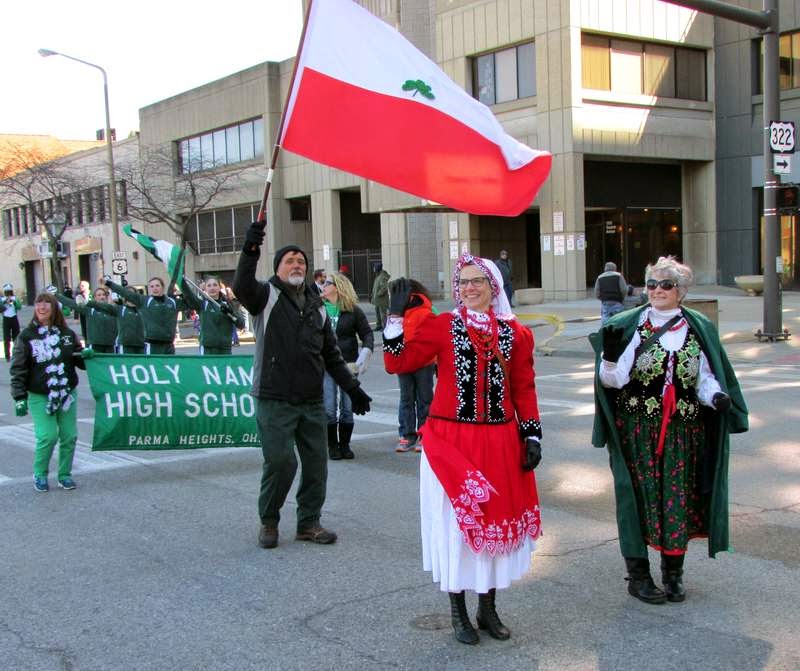 The shamrock (clover) is a symbol of the Trinity, and Patrick is a saint of the Universal Church. 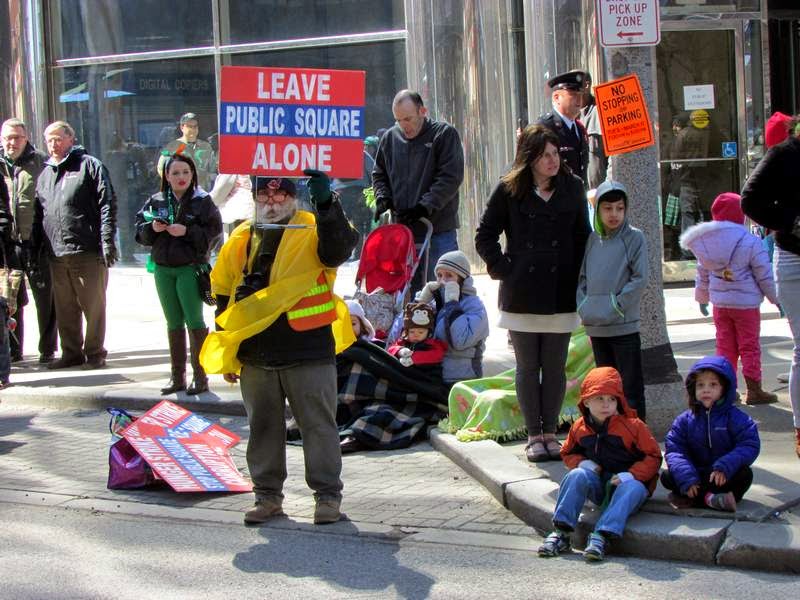 This year the parade did not reach Public Square, which is being demolished and made ready for a visitation of evil in the summer of 2016.
at 10:57 PM No comments: 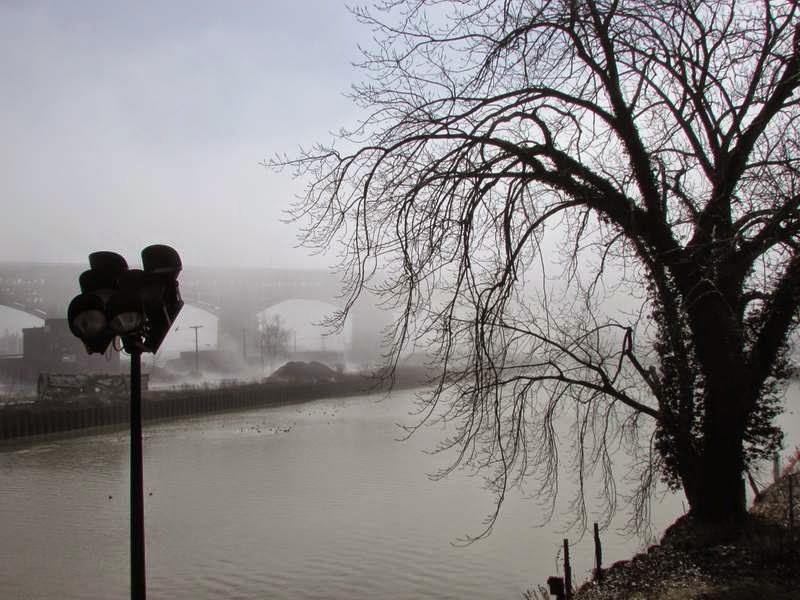 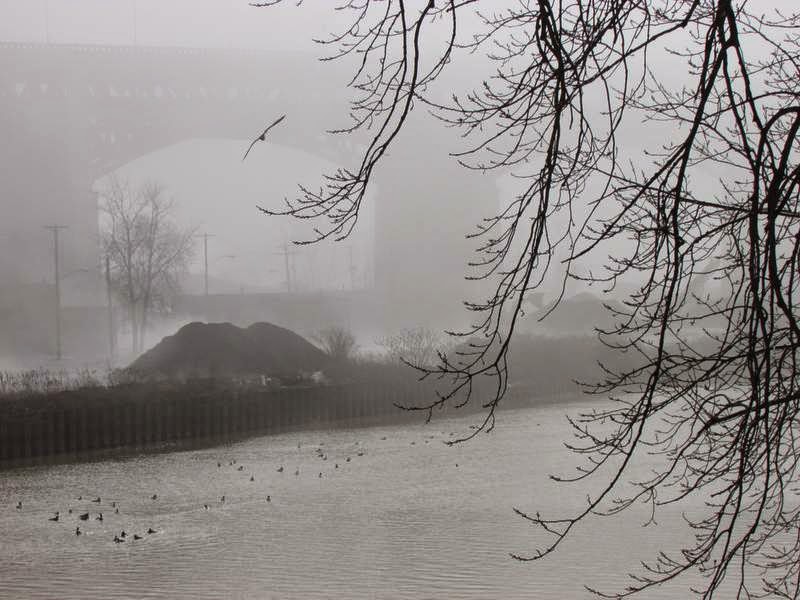 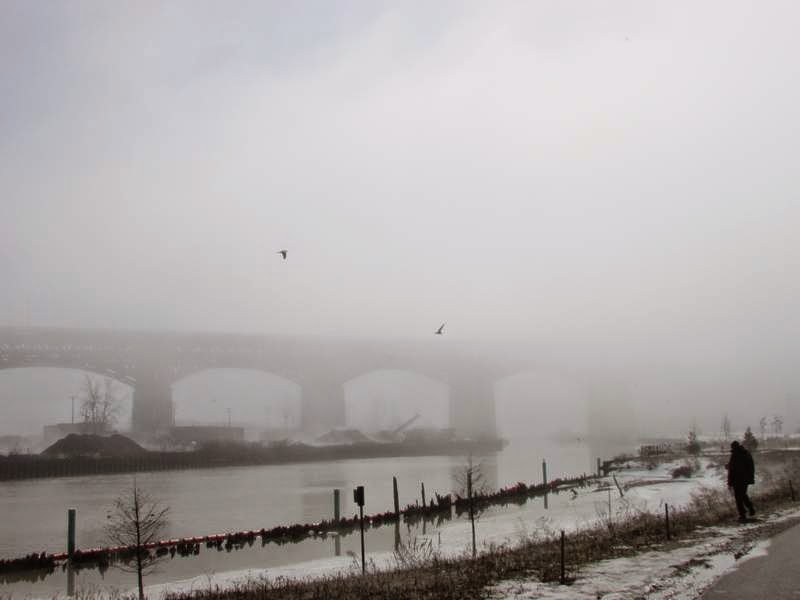 “In the midst of a nest of venerable trees in Takanawa, a suburb of Yedo, is hidden Sengakuji, or the Spring-hill Temple, renowned throughout the length and breadth of the land for its cemetery, which contains the graves of the Forty-seven Rônin, famous in Japanese history, heroes of Japanese drama, the tale of whose deed I am about to transcribe.” — A. B. Mitford, Tales of Old Japan (1871)

The events occurred in the earliest days of the 18th century. A provincial lord and a shogunate official quarreled, the provincial lord had to commit seppuku. Forty-seven of his samurai wanted revenge, and they waited two years to behead the official. Forty-six of the ronin committed seppuku. Immediately this became legend, and a great number of theatre plays were written, and wood block prints. When cinema and television came, the story was produced many times too.

Now recently, forty-seven has come in the American news. The failed Republican candidate and nominee, Romney, used it to call that percentage number of Americans as worthless. Now that number of Republican senators, led by Cotton Tom, have proved themselves as seditious idiots. They are attempting to run foreign policy, and engage with a foreign government. These lordless retainers are virtual traitors. The foreign minister of Iran, Dr. Mohammad Javad Zarif, has to school them on international law, and civics.


“I should bring one important point to the attention of the authors and that is, the world is not the United States, and the conduct of inter-state relations is governed by international law, and not by US domestic law. The authors may not fully understand that in international law, governments represent the entirety of their respective states, are responsible for the conduct of foreign affairs, are required to fulfil the obligations they undertake with other states and may not invoke their internal law as justification for failure to perform their international obligations.”

Of course, Republican treachery is in both Houses of Congress.  Boner John, Speaker of the House, invited the premier (and current candidate) of Israel, Benjamin Netanyahu, to lecture America on foreign and war policy. Both acts of treachery were at least partially motivated by a deranged hatred and disrespect to a legally elected president. The obstruction and sabotage against Barack Obama began the morning after the presidential election in 2008.
at 8:48 PM No comments:

The golden rule is reciprocal 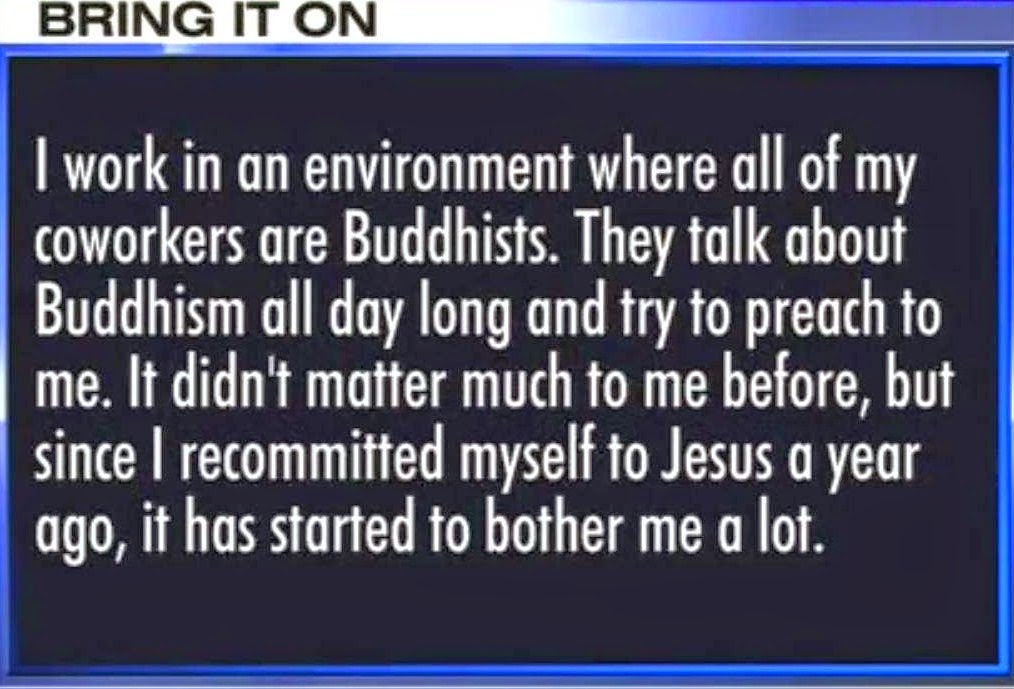 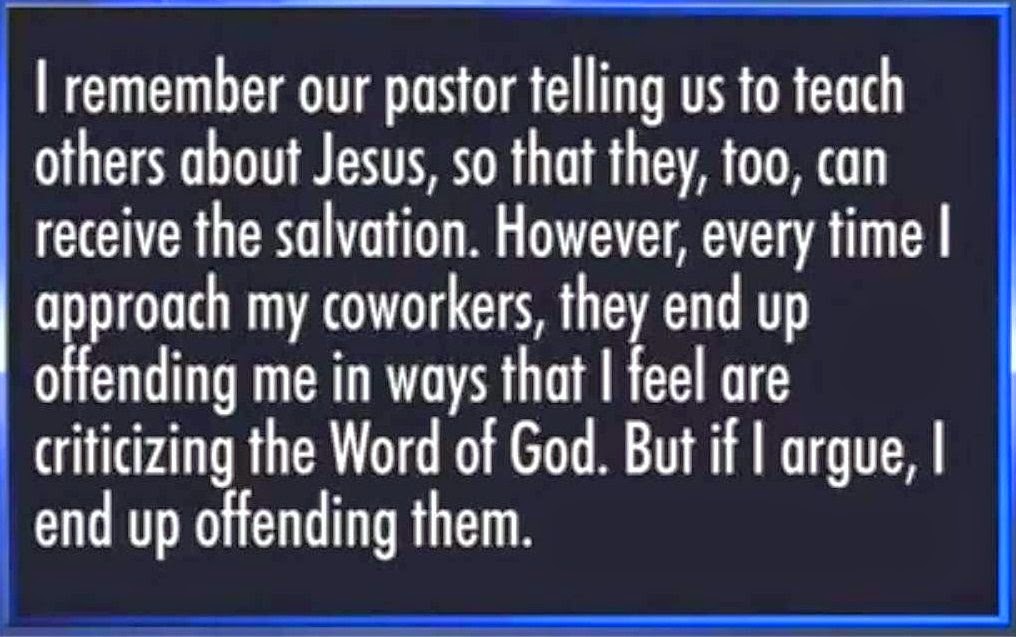 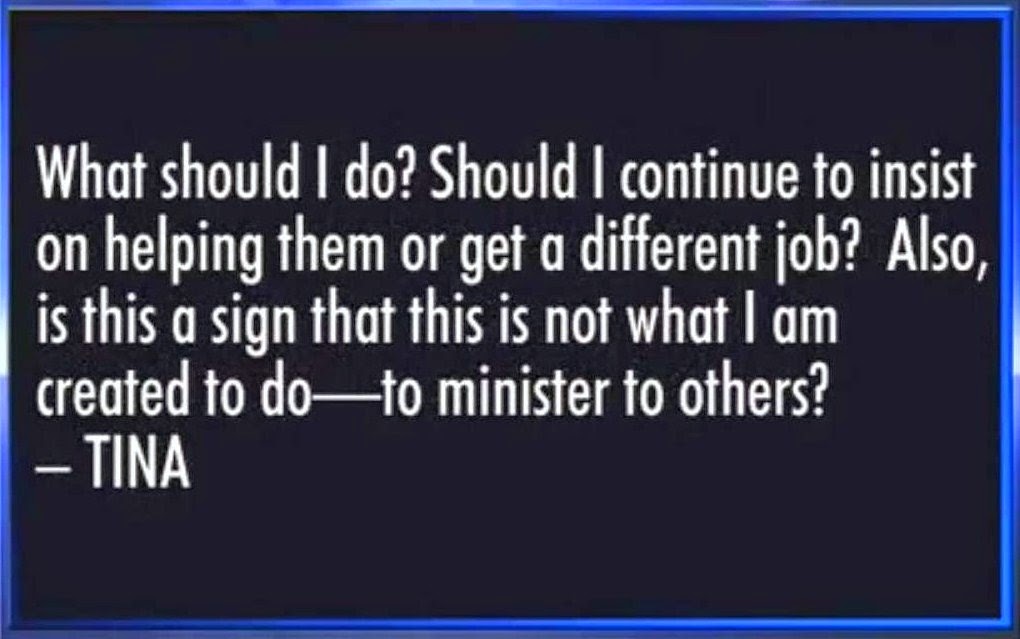 An electronic mail was read on CBN’s The 700 Club show March 9, 2015. Often on this show, Robertson plays the role of oracle. His co-host read, and the screen showed the words, then Pat Robertson compared the situation to a healthy person being surrounded by contagion, “...where everybody has that disease except you, sooner or later, you will be infected by it”. And his answer was, “Get out of that environment because they’re going to get to you before you get to them”.

Priorities: in a country that values capitalism and worker submission to authority, and being told repeatedly how lucky one is to have a job, or when one does something in public and someone yells “get a job” as the successful and devastating retort, and Jesus' comments on work, labor, profit, taxes, et cetera are always overruled by the previous sentiments; isn't Pat being contradictory?

Well no, Robertson was not thinking about the economics. He addressed Tina (the writer) on Tina's terms. I just think Tina's impression of the situation is inaccurate, and hypocritical. First, how many co-workers are there? Buddhists are just not that plentiful in most of America. Here in this area, which may not be typical, there is one Buddhist temple and it is of resettled west coast Japanese. Further, Buddhists have not the reputation of being 'in your face' street and porch hopping proselytisers.

But here is where Tina's ethics falls apart: she does not abide by the golden rule, which was taught by Jesus, and the Buddha, and so many others.  They “talk about Buddhism all day long and try to preach to me”; “our pastor telling us to teach others about Jesus...Should I continue to insist on helping them...”. She is bothered by their preaching, while she ministers to them.

From personal experience, it takes two Tinas to surround you and bother you about religion; and if your Catholic, one of the Tinas can be an atheist. This Tina is honest enough to admit she and the rest of her co-religionists are commissioned by their pastor for such evangelising, and they are told it is of great value. No reciprocity of moral worth is considered, a double standard ONLY applies.

Many people who are not devotees of Robertson and his co-religionists, or of any religion may not think about either of the two points (American economics, ethical reciprocity) i opined on. Many would find it insulting, or humourous, that Robertson likens Buddhism to be a contagious disease looking for new host bodies. His metaphor allows for a healthy natural resistance that can be overcome if the person is not extricated. He does not suggest inoculation or vaccination. But further interesting, “Get out of that environment because they’re going to get to you before you get to them”, Pat suggests both Buddhists and Tina are active opponents engaging in the same endeavor, and she is about to be overwhelmed.
at 12:03 PM No comments:

leave the clocks be

Daylight Saving(s) sounds like one of Neil Bush's failed banks. The bother and sleep disruptions so that golfers can be pleased is stupid. You want an extra hour in the early evening to golf, leave an hour earlier to go to the links.

And now the starting and stopping time is unknown to everyone since the date keeps changing. The sun burns twenty fours a day and the earth turns each day. Light is not moved from the morning to the evening, people are made to start an hour earlier and play a fiction.

For those of you waking up this morning to go somewhere, how much better was this Monday than last? How have you enjoyed your extra hour of daylight? 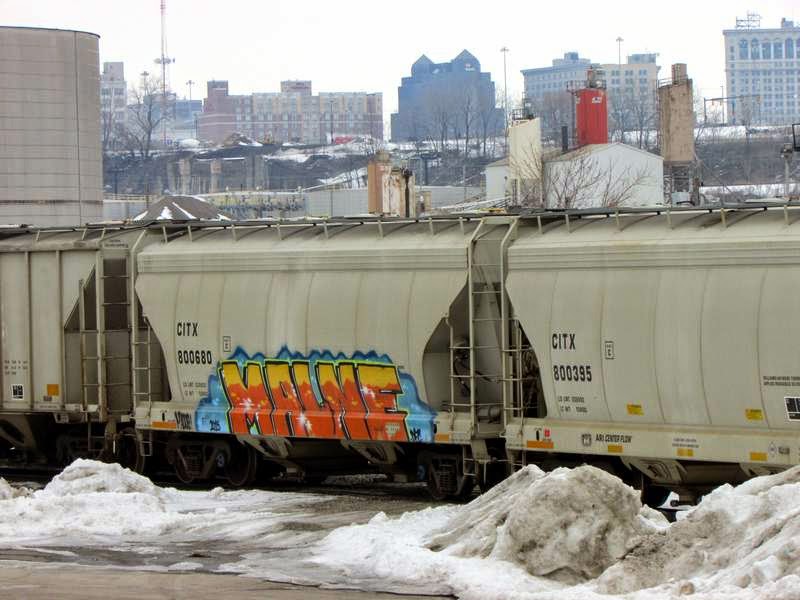 afternoon Fourth of March 2015 from west side of Cuyahoga River

Rare legible and artistic train graffiti, which gives evidence of mobility (not social, but geographic)
at 6:09 PM No comments: