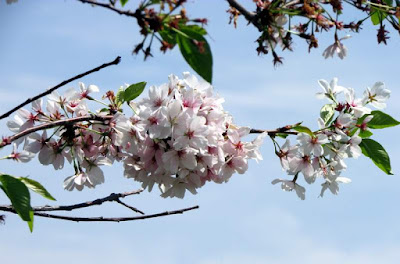 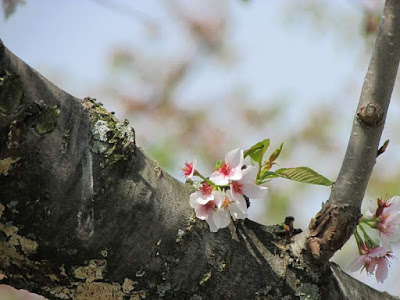 They come and go fast, a reminder of human mortality. This fleeting beauty is part of the Japanese mythos. 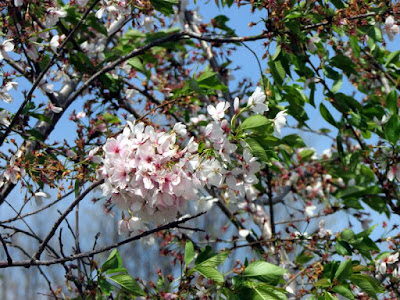 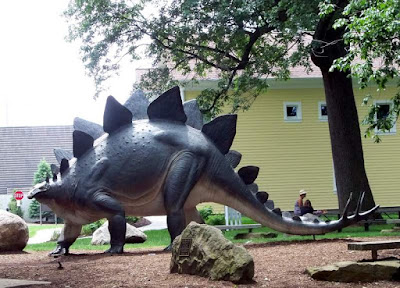 Cleveland Natural History Museum brought back their Stegosaurus from Newbury, yesterday. He has been painted with new colors, rust and two shades of beige. This reflects the current guess of color palate. 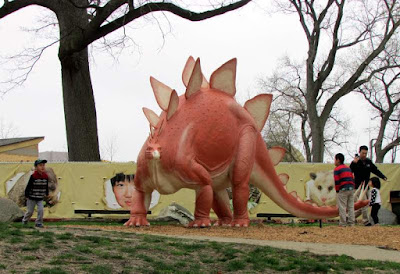 certain things are glance worthy, one is the Sysack sign. Every few weeks, a new political cartoon may appear there. It is not absolutely easy to pigeonhole, except to say the tendency is crazy—aggressively paranoid, often outrageous, sometimes filthy. One wonderful thing about the barrel of crazy, it never seems to go dry. It is self fulfilling. This one suggests the one word that self-defines the category of crazy—'conservative'. O, and conservatives do not find dictionaries necessary. Spelling is as they like it (this one is not a good example of those errors, but have your red pencil ready). 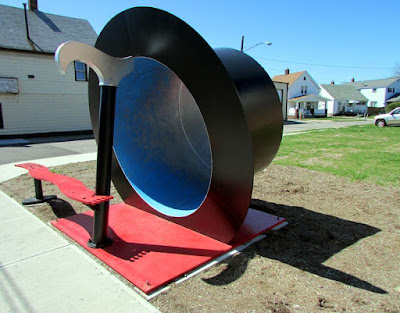 Real cute art to sit on and in front, just west of W. 117th and Lorain, already has graffiti carved, and scrawled. 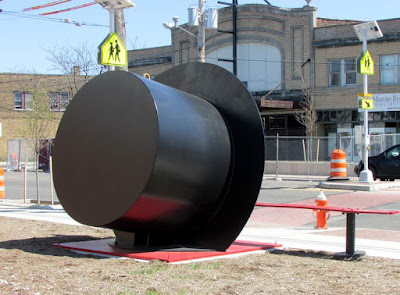 Now, there is this summer political event coming to this city. This particular gathering has writers scribbling about the 'great white whale of american politics'—a contested convention.  I see this as possibly being an interesting, and a particularly historic moment.  I do not see a pro-forma coronation. I see a huge defeat coming for the Republicans, perhaps a splintering of the party; which would benefit the country, and the world. There will be several books written about this, and a page (or a paragraph) in history textbooks calling it a 'transformative' event. Such a political convention has not happened in this generation.

Yes, Clevelanders will be effected. A few will make a quick profit, and the rest either inconvenienced and not benefiting. For street hijinks look back to Chicago in 1968. Cleveland will have a black eye. The local establishment will not allow such speech now, because Cleveland always kisses up to someone who is assumed and considered as having money, and therefore clout. Yes, Cleveland is Babbitt city. There is a Bette Davis movie line, “Fasten your seat belts, it's going to be a bumpy night”.

The two leading candidates are repellent to most people. Of course, you may have a different view. Their party is anti-democratic [they are just missing matching uniforms], and as a major party has not a peer in the developed world. Cleveland is nationally known to have a problematic police force. Trump and some of his people are 'speculating' about riots, and days of rage.  I again quote from Shakespeare's, The Tempest, “Hell is empty and all the devils are here”.
at 10:16 AM No comments: